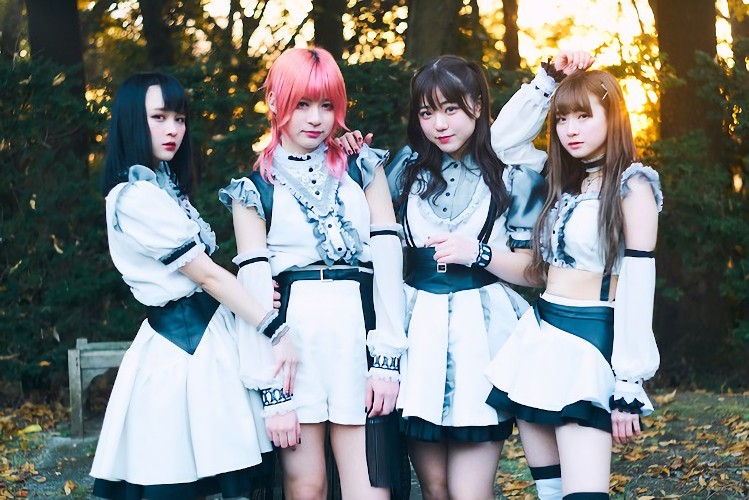 LADYBABY is a Japanese metal/”kawaiicore” idol group composed by idols Rie Kaneko and Rei Kuromiya and LADYBEARD, a bearded crossdressing persona of the australian male professional wrestler Rick Maguey. Originally named LADYBABY, the group changed their name to “The Idol Formerly Known As LADYBABY” when LADYBEARD departed the group (now in DEADLIFT LOLITA with Reika Saiki).

With the later departure of Rei Kuromiya (who continues with her own project in BRATS), the group reverted their name back to LADYBABY in february 2018 with the only original member left Rie Kaneko and the addition of Nana Ikeda, Emily Arima and Fuka Karasawa.